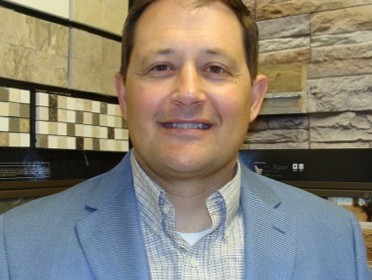 Have you ever bid a project in which the specifications and plans were not clear about what was really required? And yes, I’m being sarcastic.

Obviously your first response is to send in a RFI to get the item clarified. That would be great if you can get your questions answered before bid day. Sometimes these items are small and really don’t affect the bid. Yet others are huge, and you find yourself debating the same question, “What do they really want?”

Yet what they really want – or perhaps what common sense dictates – is not a factor when you submit your price. That’s because every specification has the “get out of jail free” language for the designer. Here’s a typical one.

“In case of a conflict between the contract documents, the Contractor shall 1) provide the better quality or greater quantity of work or 2) comply with the more stringent requirements; either or both in accordance with the Architect’s interpretation.”

Doesn’t that make you sleep well at night?

For this reason there are two small notes added to the Crack Isolation membrane method in the 2015 TCNA Handbook for Ceramic, Glass, and Stone Tile Installation: F125-Partial-15 and F125-Full-15.

The first note, located in the second bullet point under the Requirement section on page 96, states: “Specifier to identify areas of coverage (partial or full). Unless full coverage is clearly specified, installing contractor’s responsibility is limited to partial coverage.”

The second note is in the first bullet point under the Materials section on page 97, last sentence: “Unless full coverage is clearly specified, installing contractor’s responsibility is limited to partial coverage.”

Case in point is a project we just bid a few weeks ago. The specifications noted in the execution section stated all floor tile installations to be installed with method F125. My first question is “What version of the TCNA Handbook are they designing around?”

However, since no version of the TCNA Handbook was noted, the designer could argue a version from 2011, 2012, 2013, or 2014 should be used. In this case the “get out of jail free” language could come back and bite you, as you did not bid the “better quality or greater quantity of work” – meaning full coverage in this case – regardless of the TCNA Handbook language.

This was the discussion we had internally on this project and we decided we must bid full coverage, a $60,000 add to the bid. Perhaps now, but still with caution when it is unclear what is required, we have a stronger case to bid partial coverage with the support of these two added sentences in the 2015 TCNA Handbook method F125-Partial-15 and F125-Full-15. For your own safety, know which version of the TCNA Handbook the designer is using, and know that without the 2015 TCNA Handbook specified, the contractors must still bid the greater work.

Kevin Fox, President of Fox Ceramic Tile, Inc., is the Kansas State Director of NTCA and a committee member of the NTCA Methods and Standards. Fox Ceramic Tile, Inc. is a NTCA Five Star Contractor. Kevin is a supporter of the Ceramic Tile Education Foundation and recognizes the importance of having Certified Tile Installers. All of his tile setters are certified and he has incorporated the certification in their Department of Labor Apprenticeship program as the final step in attaining journeyman status. 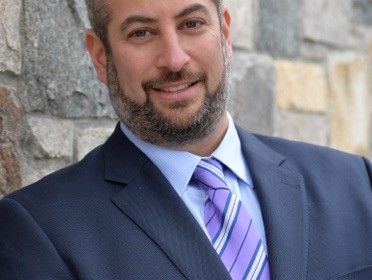 In 2011 when stone tile installation methods were first introduced to the TCNA Handbook for Ceramic, Glass, and Stone Tile Installation, four radiant heat methods were included within the stone section. With radiant heating systems being in high demand due to their efficiency and ability to turn a cold floor into a calming experience, The Handbook committee has endeavored to increase the options for the 2015 Handbook. You might notice that there is still no method for electric radiant heat systems installed on wood frame construction. For this popular and efficient type of installation, you will have to continue to utilize installation instructions from the manufacturer of the radiant heat products. In all cases, it is strongly advised to read the complete manufacturer’s instructions and understand the compatibility of the product to natural stone. Don’t make the assumption that because a product says that it is a tile warming system, that a stone tile installation would be covered by the manufacturer. As you prepare for your next radiant heat installation, it is a good idea to take a few minutes to review the new methods in the 2015 Handbook. Of equal importance, you are going to want to read the particular manufacturer’s instructions for the product that has been specified, and take up any contradictions between the two with the manufacturer. With all radiant heat systems, you will want to determine what type of membrane may be optional or required for your installation, and make sure that all steps including the use of any necessary primers are undertaken. Your membrane choice very well may have an impact on your setting material options, which in turn may be impacted by the stone color, since white setting material may be necessary for light colored stones. Joshua Levinson ([email protected]), president of Artistic Tile’s Wholesale division, participates in many industry initiatives as a member of the Marble Institute of American’s Board of Directors, voting member of the TCNA Handbook committee, NTCA Technical Committee member and voting member of the committee that recently developed NSC 373, the new standard for the Sustainable Production of Natural Stone. Artistic Tile has been a supporter of the Ceramic Tile Education Foundation (CTEF) by hosting certification classes at its Secaucus, N.J. location.