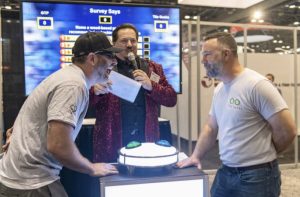 Coverings ’19 – the 30th anniversary of the Global Tile & Stone Experience – was an astounding success this year for the industry, as well as for NTCA. The association was on the scene this year with new logistics: the Installation & Design Experience booth housed the IDE Lounge (always a hub of activity, networking, education, refreshments, and this year a “Survey Says” game show that was a smashing success), and three completed vignettes that demonstrated the synergy between local designers and qualified labor in the form of NTCA Five-Star Contractors working with tile and setting materials donated by sponsors. 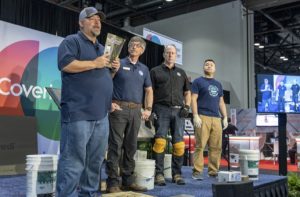 (L to R.) NTCA’s Robb Roderick, Mark Heinlein and Randy Fleming, with an assist from NTCA Member Joseph Mattice of On The Level in Simpsonville, S.C .at just one of the many live demos at the show.

The booth also was a home base for CTEF and IMI, and the Tile Council of North America (TCNA), which provided an area that explains the tests that are commonly conducted within its highly respected Product Performance Testing Laboratory – showing how vital this information can be for product suitability and performance.

Contractors flocked to the booth, and NTCA signed up 27 members at the show. NTCA also offered a full schedule of presentation on the Live Installation Demonstration Stage.

As the show unfolded with over 1,100 exhibitors and over nine miles of exhibit space, we posted on the National Tile Contractors Association and TileLetter Facebook pages as well as TileLetter.com, so check there for details. But here are a few of the highlights of the show to give you a flavor of the event.

A traditional second line parade heralded the announcement that Coverings ’20 will be held in New Orleans next year, April 20-23.

Next year, the event will take place April 20-23 at the Ernest N. Morial Convention Center in New Orleans, La., so stay tuned for upcoming information!

Charity initiatives shine: Teams of volunteers from Coverings, NTCA, the press, MAPEI and Florida Tile assembled 1,600 hygiene kits to be distributed by Clean the World to area veterans in need. In addition, the Tile Council of North America (TCNA) and 21 of its members supported the Pet Alliance of Greater Orlando through a whimsical and wonderful display of one-of -a-kind doghouses, accented by visits from adoptable pooches during the show. 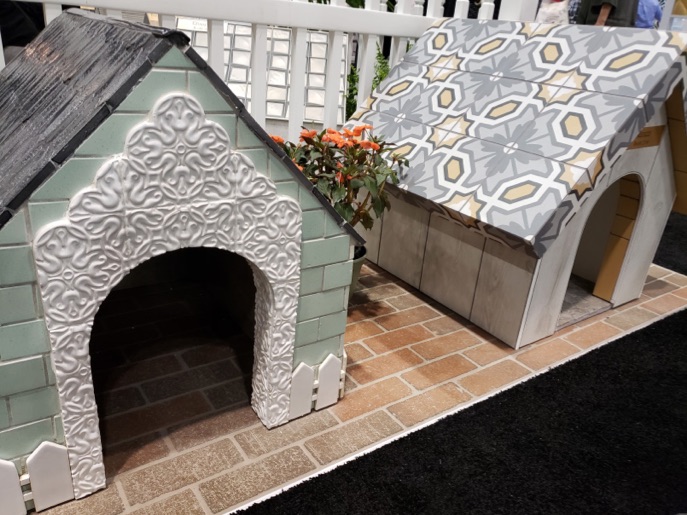 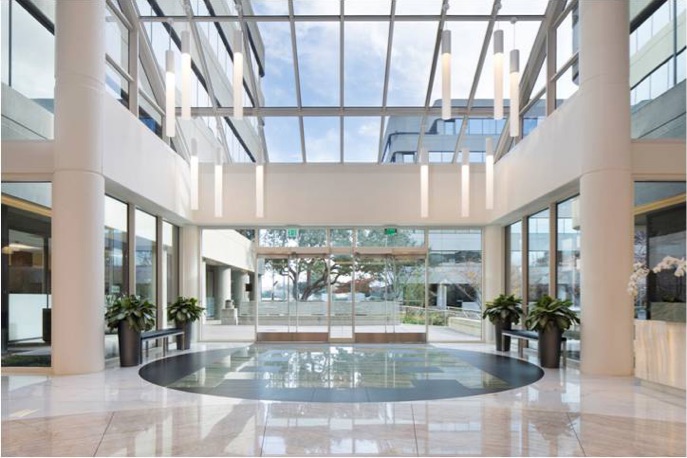 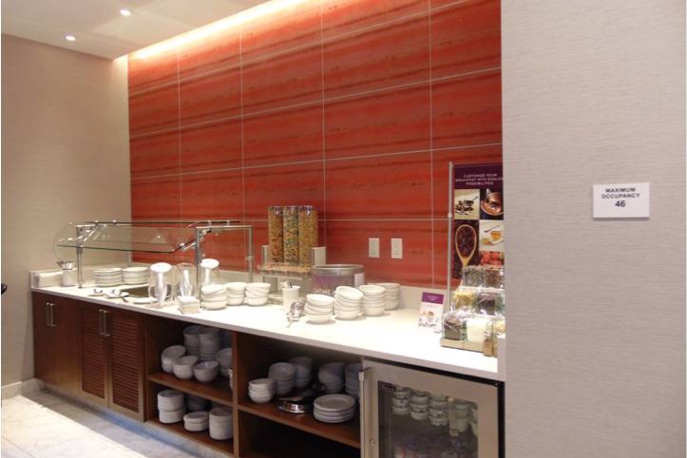 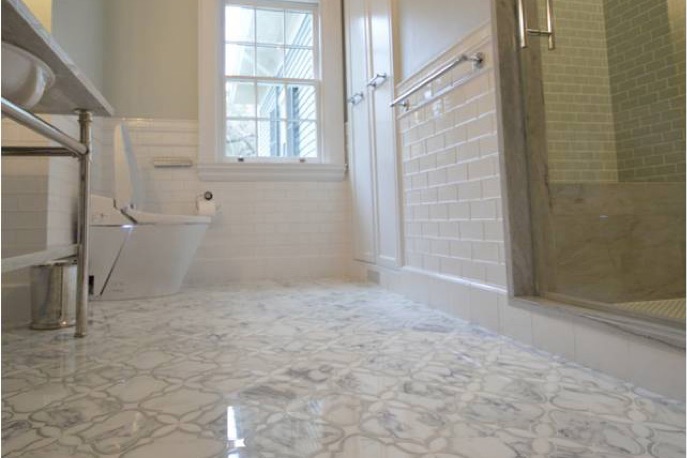 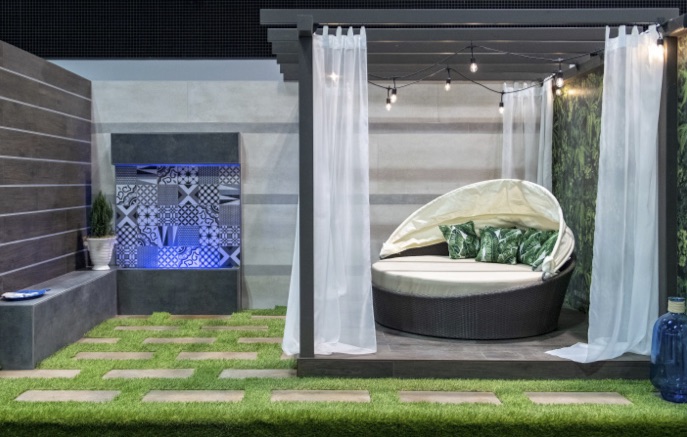 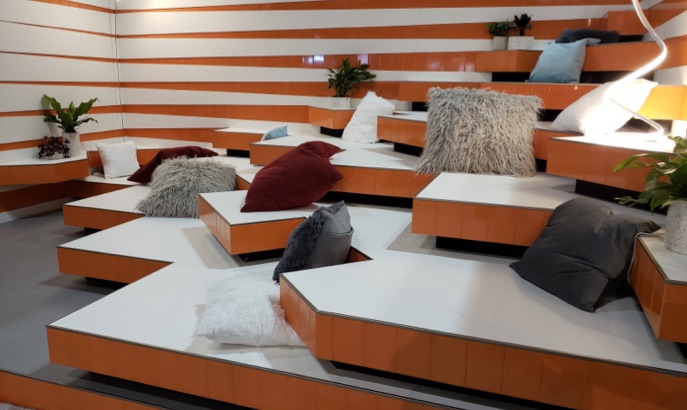 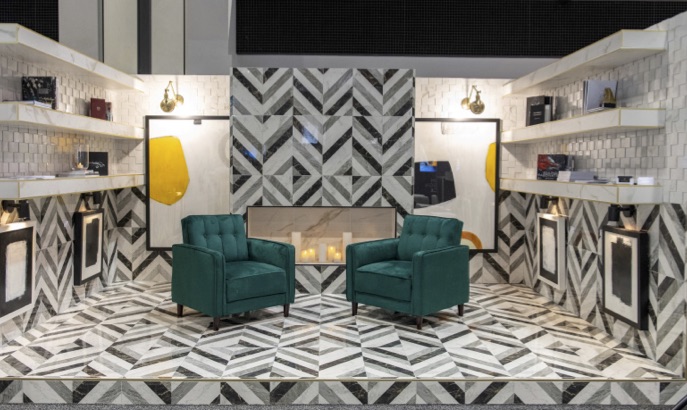 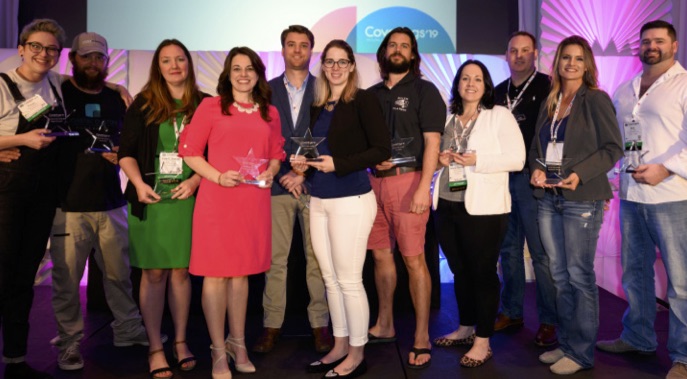 NTCA members Paige Pomerene, Jacob Harris (far left) and David Mastrangelo (third from right) were among the 12 Coverings Rock Stars honored with a special luncheon at the show. 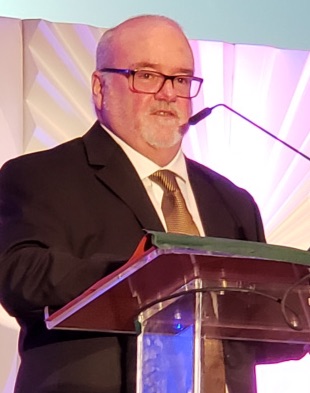 Schluter’s Dale Kempster was named NTCA 2019 Tile Person of the Year, the first Canadian to be honored with the award.

NTCA 2019 Tile Person of the Year: NTCA named Dale Kempster of Schluter Systems its 2019 Tile Person of the Year. This award recognizes a NTCA contractor, distributor or manufacturer member who has demonstrated a strong commitment to the tile industry and has supported the mission and goals of the NTCA. Kempster has served as a member of the NTCA Technical Committee for many years, has participated in two groundbreaking international labor summits, and was instrumental in the development of a Canadian version of the NTCA Reference Manual. He is also the first Canadian to be honored with award.

Joe A. Tarver Award – Tom Ade: Tom Ade, owner of Filling Marble and Tile in Egg Harbor City, N.J., was honored with this prestigious award that recognizes those who provide exemplary service to the industry. Ade is a long-time member of the NTCA, a former NTCA Regional Director and board member, and recipient of both NTCA’s Ring of Honor and Tile Person of the Year Awards. He also made the NTCA Tom Ade Ceramic Tile Scholarship program possible by bestowing a generous donation to the association earmarked to support children and grandchildren of NTCA members who wish to continue their education. Over the past four years, the program has given students over $150,000 in scholarship funds. 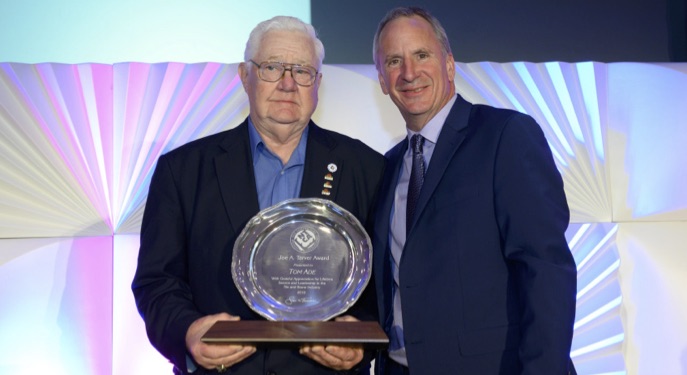 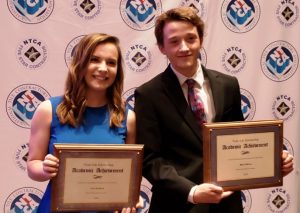 Tom Ade Ceramic Tile Scholarship Recipients: Since 2016, and due to a generous donation by 2019 Joe A. Tarver Award winner Tom Ade, NTCA has bestowed $5,000 scholarships on children and grandchildren of NTCA contractor members seeking higher education to pursue life goals. As part of the award, scholarship winners received an expense-paid trip to the trade show. This year, three winners were chosen out of 53 applicants. The winners were:

Riley Sullivan, son of Dirk Sullivan and wife Gwen of NTCA Five-Star Contractor Hawthorne Tile in Portland, Oregon. Sullivan is an international baccalaureate diploma candidate. He plans to use his scholarship to further his studies, specifically focusing on ecosystem protection.

Tara Wadford, daughter of Nyle and Teresa Wadford of NTCA Five-Star Contractor Neuse Tile Service in Youngsville, N.C. Wadford plans to enroll at Liberty University, majoring in nursing and minoring in Spanish, and aspires to become a physician’s assistant.

NTCA also awarded 10 other applicants $1,000 each. The additional scholarships were made possible through a sponsorship from LATICRETE International. 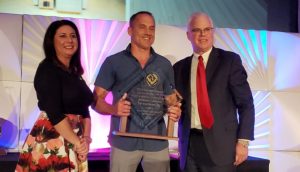 The NTCA Five-Star Contractor 2019 Project of the Year recipients are:

NTCA Tile Setter Craftsperson of the Year Award announced: This award, brand new for 2019, will honor a tile setter’s career, as well as artistry, technical soundness of installs and ability to correct problems. Open to NTCA member contractors and employees who have a 15-year minimum of setting tile, tile setters must be nominated by peers or those within the industry. The winner will be announced at Total Solutions Plus this fall in Nashville, Tenn. Deadline for nominations is June 28 – visit tile-assn.com/COY19 for details.

CTDA Supplier of the Year: In a repeat performance from Coverings 18, The Ceramic Tile Distributors Association again recognized Crossville, Inc. as its Supplier of the Year. The award, which is voted on by CTDA’s members, recognizes domestic and international supplier(s) who provide the most value to its distributor members and the ceramic tile and stone industry. This is Crossville’s third time to receive the award.