There are countless ways for a construction project to go awry. The first claims that come to mind are those based on delays or defective workmanship, but perhaps even more common are the potential claims that arise when a general contractor does not receive payment from the owner, but remains potentially liable to its subcontractors for work performed. Like most construction disputes, the answer to the question of whether or when a general contractor is liable for payment to its subcontractors starts (and often ends) with the language of the contract.

Beal Bank Nevada v. Northshore Center THC, 64 N.E.3d. 201, 407 Ill. Dec. 823 (1st Dist. 2016) is a recent case from the Appellate Court of Illinois (First District) discussing this issue, and providing guidance to understanding payment risks in a construction agreement in the context of pay-when-paid vs. pay-if-paid clauses.

The Contractor will make partial payments to the Subcontractor in an amount equal to 90 percent of the estimated value of work and materials incorporated in the construction and an amount equal to 90 percent of the materials delivered to and suitably and properly stored by the Subcontractor at the Project site, to the extent of Subcontractor’s interest in the amounts allowed thereon and paid to Contractor by the Owner, less the aggregate of previous payments, within five (5) days of receipt thereof from the Owner.

The trial court reviewed this payment clause and ruled that payment by the Owner was a condition precedent to the General Contractor’s obligation to pay its Subcontractor:

In so holding, The Appellate Court applied the following “useful framework” for distinguishing between pay-if-paid clauses and pay-when-paid clauses in construction agreements:

Applying that framework, the Appellate Court determined that the contractual provision in the subcontract was a pay-when-paid clause, which governed only the timing of payment, and not a pay-if-paid clause, which would have governed the General Contractor’s obligation to pay. In other words, in this case, the Court concluded that there was no condition precedent to payment; the General Contractor had to pay the Subcontractor whether or not the Owner had paid.

Northshore Center is an illustrative case study on the importance of payment provisions in construction agreements being drafted so that they are particularly clear and unambiguous with respect to their pay-if-paid intentions. In our experience, many subcontract agreements in Illinois have payment provisions that do not sufficiently identify that payment by the owner is a condition precedent. As demonstrated by Northshore Center, even language as clear as “to the extent” is inadequate. Without the “magic word,” i.e. “if,” that makes it clear that the general contractor’s payment obligation to its subcontractor exists only “if” payment is made by the owner to the general contractor, the general contractor will likely bear the risk of payment even where the owner doesn’t pay the general contractor. The first and best protection against such unnecessary payment risk is a well-written contract. Pay-if-paid clauses offer greater protection to general contractors and should be a consideration on all sides during the drafting process.

If you have any questions about this HWH Legal Alert, please feel free to directly contact Daniel Dorfman at (312) 662-4609 ([email protected]). This legal alert is provided by Harris Winick Harris LLP for educational and informational purposes only and is not intended, and should not be construed, as legal advice. 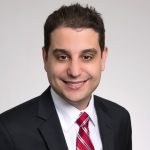