I need some help in understanding PVA/Polyvinyl Acetate. I understand contractors sometimes add PVA believing that it will strengthen the bond. However, in wet areas, PVA is known to re-emulsify and weaken the bond. Do you have any knowledge of PVA you can share with me, such as failures from using PVA as an admixture, and can you help me understand if there are any plausible reasons to add it to cementitious tile setting materials?

I am not a chemist, but in the past, there were two additives for thin-set mortars. One was the PVA you asked about and the other is an SBR (styrene butadiene rubber).

PVAs are used in glues like Elmer’s® and are water-soluble. Previously PVAs were used on some thin-set mortars but carried a disclaimer that they were for interior dry use only, and are seldom used any longer. SBRs are not water-soluble and can be used in exterior (wet) environments.

PVAs are generally less expensive than SBRs, but they are not created equal.

I hope this is helpful.
– Scott Carothers, CTEF

I reached out to some manufacturers and they were extremely helpful and sent me a lot of information. Following is a summary of this information:

• PVA (polyvinyl acetate) not to be confused with polyvinyl alcohol is still commonly used as a general-purpose adhesive in interior or non-water immersed applications.

Frequently it is used as a bonding agent or primer prior to the application of non-modified plasters and mortars to a cementitious substrate. An attractive feature in this application is the “rewettable” nature of the bonding primer when it contacts the fresh alkaline mortar, allowing some inter-diffusion of the polymer that can help bind the new and old cementitious material together upon drying.

PVA also finds extensive use in wall jointing compounds for adhesion, binding, and flexibility, where water immersion is not a concern.

The issue that can arise from the use of PVA is that under wet/alkaline conditions, the vinyl acetate side groups will hydrolyze to hydroxyl functionality, which renders the polymer more soluble and prone to swelling and migration. That’s an advantage as a rewettable bonding primer, but a severe disadvantage for long-term moist environments as the adhesive effect is diminished.

In general, PVA is not used as a mortar modifier in the tile industry because it is likely to encounter wet and water-immersed conditions where the polymer’s adhesive performance would be severely degraded.

The tile industry as a whole relies heavily on the use of vinyl acetate-ethylene copolymers (VAE or EVA) for mortar modification. While the vinyl acetate group is still present, these polymers exhibit significantly improved resistance to hydrolysis due to the presence of ethylene on the backbone and in some cases other monomers. This resistance to the hydrolysis permits their use in wet areas and can meet the ANSI 118 standards that include water-immersed adhesion testing. This class of polymer is widely used in drymix, modified tile adhesives, and doesn’t suffer from the performance deficiencies of the PVAs.

It is possible to improve performance further through the use of other polymers such as styrene-butadiene, acrylic, and versatic chemistries, but these are typically at a price premium to the VAE’s and most valued in specialty applications where increased performance is a must-have and tolerant to the additional cost. The vast majority of tile adhesives function well using VAE polymers and they provide a good value point for most formulations and applications.

• The first spray-dried polymer available was a PVA (polyvinyl acetate) homopolymer. You have been familiar with this polymer for years – Elmer’s Glue. The problem with straight PVA polymer is its sensitivity to water and instability in the highly alkaline environment of hydrating cement. By itself, even after the PVA polymer has coalesced (dried forming a continuous film), exposure to water or sufficient moisture can re-emulsify the polymer resulting in loss of bond. Also, in the very alkaline, high-pH environment of hydrating cement, the PVA polymer experiences hydrolysis, which breaks down the polymer into the original monomers. Hardly any manufacturers use straight PVA polymers in their products today.

The second spray-dried polymer available was actually a copolymer (2). It consisted of PVA (polyvinyl acetate) with the addition of an ethylene monomer. This produced a copolymer that had two very good attributes. One, the PVA portion of the copolymer had very strong bonding characteristics. These bonding characteristics include an affinity to bond to cellulose (wood). Second, the addition of ethylene into the copolymer made it much more stable under the highly alkaline environment of hydrating cement. This product has become known in the industry as an EVA (Ethylene Vinyl Acetate) polymer. Since then, chemists were able to modify the performance characteristics of these polymers even more by adding additional monomers to the chain. Monomers such as vinyl versatate and vinyl laurate have been added to substantially increase the polymer’s resistance to water. All of these variations generate a wide assortment of polymers from which the setting materials manufacturers may choose. A polymer with more ethylene will impart more flexibility to the finished product than one with less ethylene if the polymers are blended with the same cement/polymer ratio. The manufacturer must determine what the desired performance characteristics of a product should be and then choose the proper polymer and cement/polymer ratio to put in the finished product to achieve their goals.

• Polyvinyl acetate is essentially Elmer’s Glue type material. When put into the high pH of cement, PVA will hydrolyze to form polyvinyl alcohol. This is not a good thing – because as you mentioned, the polymer re-disperses when wet and will adversely affect mortars.

To my understanding, typically, tile adhesive manufacturers do not sell or promote the use of PVA for ceramic tile installations. Most manufacturers will utilize alternate proprietary lattices or alternate chemistries that are stable in cement and provide all of the proven required characteristics (e.g. strength, flexibility, moisture resistance, freeze/thaw stability, etc.). 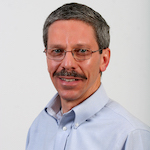 Director of Certification and Training at Ceramic Tile Education Foundation 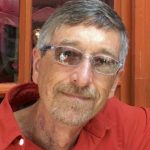