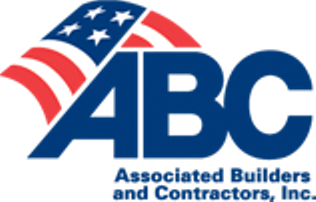 Of the 11 subcategories, only three experienced monthly decreases, with the largest decrease in steel mill products, which fell 3.1% in May. The rise in prices was driven primarily by the three energy subcategories, which experienced significant increases over the previous month. Crude petroleum was up 41.6%, while natural gas and unprocessed energy materials were up 36.5% and 26.5%, respectively.

“Those who fixate on monthly data during times like these will find their views on the economy fluctuate from moment to moment,” said ABC Chief Economist Anirban Basu. “Construction input prices were down in April, leading one to believe that deflationary forces were at work in an environment characterized by massive job losses, project postponements, a reeling global economy and plunging energy prices. May came to represent the mirror opposite, with contractors becoming more upbeat, according to ABC’s Construction Confidence Index, rising energy prices and the nation adding jobs as the U.S. economy initiated its reopening.

“Rather than focus on monthly gyrations, those who lead America’s construction firms would be wise to pay attention to broader trends,” said Basu. “For instance, while nonresidential construction input prices rose nearly 1 percentage point in May, they are down nearly 7% from the same time last year. In addition to energy price declines, prices for steel mill products (-13.1%), nonferrous wire and cable (-4.8%) and many other categories are also down from a year ago.

“The world and nation remain in disarray,” said Basu. “Global supply chains are fragmenting. Trade wars are reemerging. State and local government finances are fragile, and there is an imminent presidential election. These are unsettled times, and therefore data readings are likely to be highly variable from moment to moment. That statistical volatility does not represent a solid foundation upon which to make business decisions. Based on history, input prices are likely to be erratic from month to month, but given the fragile state of the economy, there is unlikely to be a sustained increase in input prices over the near-term. However, the story could be far different a year or two from now.”