How small is a small business? The answer could cost you money!

Are you a small business? That depends on whom you’re asking.

Lots of people I know define a small business in lots of different ways, with the most common being revenues and number of employees. For the most part, it’s really not that important. “Small” is in the eyes of the beholder.

However, if you’re one of those businesses looking to get government contracts or loan guarantees from the US Small Business Administration (SBA), the definition of “small” really is important. That is why a recent announcement by the SBA may have an effect on your livelihood.

This summer, the SBA announced a proposed rule to modify the method for calculating annual average revenues used to determine how big a small business is. Why the fuss? The calculation figures into whether a business is eligible to receive federal contracts and loan guarantees. Currently, the calculation uses a three-year revenue average. The proposed rule will up that to five years.

The announcement comes on the heels of 2018’s Small Business Runway Extension Act, which requires service businesses to average five years of revenues. Now, all businesses will be subject to that requirement. This is the first step of the implementation.

So is this a good or bad thing?

The federal government believes it’s a good thing, as do some experts. “In most instances, this will give small businesses more time to compete in small business set-aside procurements,” write Suzanne Sumner and Erin R. Davis of the law firm Taft Stettinius & Hollister LLP. “The new five-year calculation will also allow those small businesses with an outlier year of significant revenue more time to sustain the growth and prepare to compete in unrestricted competitions.”

That position makes sense. But there are a few things about this that give me pause.

For starters, I don’t like using revenues as a basis for determining whether a business is “small.” I have a few clients, for example, that generate big revenues because they sell large machines or property but each has fewer than 10 employees. They’re small, but not in the eyes of the SBA. I would prefer the rule to include other factors, such as the number of people (and perhaps contractors) employed, to really determine the size of a business.

I’m also concerned that a growing small company might find itself excluded from federal work as a result of a couple of good years. Or that larger companies that have had a bad year or two might find themselves classified in the “small business” category, at the expense of small businesses already there and competing for work.

If there’s one thing I’ve learned from running a small business, it’s that you can’t apply a simple revenue formula to determine if a business is indeed small. Other factors should be considered. Sure, it might take a little more time or add more complexity. But we’re talking about the difference between a qualified company getting the help and opportunities it deserves from the government, or potentially failing.

This article originally appeared on July 2, 2019 in The Guardian at https://bit.ly/2Lwsktf. A past columnist for The New York Times and The Washington Post, Marks now writes regularly for The Hill, The Philadelphia Inquirer, Forbes, Inc. Magazine, Entrepreneur Magazine and Fox Business. 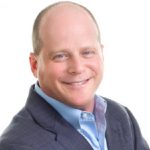 Marks has written five books on business management, specifically geared towards small- and medium-sized companies. Nationally, Marks appears regularly on MSNBC and Fox News as well as The John Batchelor Show and SiriusXM’s Wharton Business Channel where he talks about the financial, economic and technology issues that affect business leaders today. Marks owns and operates the Marks Group PC, a highly successful ten-person firm that provides technology and consulting services to small and medium sized businesses.