Subcontracts issued from the prime contractor (referred to as “contractor” in this article) contain very descriptive language regarding the change order process. The language clearly outlines the process for written direction to proceed and the process to be followed for the issuance of a change order document, required for the subcontractor to invoice and collect payment. Changes to the work can occur in several ways:

Changes can come rapidly and sometimes several in a day, especially for the contractor. The contractor’s goal is to protect its interest by managing the risk with an efficient method of change management, all the while continuing to perform work to prevent changes from affecting the schedule. The change order approval process and the progress billing process don’t occur as rapidly as the changes that must be put in place. Therefore, the contractor must establish the responsible party for the change, obtain and submit pricing as quickly as possible, and obtain owner approval if necessary. Then the contractor must direct the subcontractors per the terms of their agreement to perform the work with a promise of a subsequently-issued subcontract change order.

The problem with this process is the contractor many times can’t come to agreement with owners on the merits of a change. Relationship with the owner, delivery methods, personalities and experience all come into play. The quantity of changes can increase very rapidly, and if the onsite project team doesn’t have the experience or ability to follow the terms of its contract to protect itself and its subcontractors, the project team loses control. In its haste to keep the project on track, it tries  different methods to get the subcontractors to proceed, which can effectively shift the risk of nonpayment to the subcontractor. These methods include: giving the subcontractor’s field foreman verbal vague authorization; not responding to written notifications of change; and giving an incomplete authorization to proceed while being very careful that entitlement or approval of the price or pricing method is not given.

Rather than sticking to the change provisions of the contract agreements, a weak project manager will try to be as vague as possible in his direction to proceed, making sure he is not giving direction per the subcontract agreement. That’s why contractors give indistinct responses to tile contractor change requests usually by email and sometimes even verbally stating things like:

These directions are unclear at best and are attempts to get the subcontractor to proceed without agreeing on merit or cost. This allows the discussion on merit to occur after the work is complete. A simple direction such as described above may be a weak authorization to proceed, but it does not grant entitlement or approval of a price.

What should subcontractors do?

Read the subcontract change order terms very carefully and insist on following the process as described. Use these terms to your benefit if possible. Only proceed with a method allowed by the subcontract terms.

To be as successful as possible in collecting payment requires taking four steps:

The steps do not always occur at the same time, but when subcontractors proceed and incur costs without all four steps being satisfied, they are at risk for nonpayment. Insisting on following the process as described in the agreement puts subcontractors in the best position to collect payment for the change.

When a contractor is unclear in responding to a request for change, a simple communication asking for clarification should be sent:

Thank you for the authorization to proceed on this Request for Change. It is our understanding that this work is a change to the subcontract and a Subcontract Change Order will be subsequently issued for the price quoted in our Request for Change dated ________. Please confirm that our understanding is correct so that we can proceed, or if we have misinterpreted your direction, please clarify.

With this response the contractor is forced to come clean with his intent and the subcontractor has solidified its position to collect payment. If a contractor will not confirm or becomes agitated in his position, there is a reason. Either he does not have the contractual authority to authorize the change, or has not received the approvals necessary to grant merit. 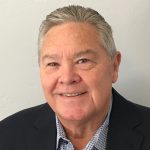 Ron Meler began his career in construction working as a carpenter, and spent the next 30 years working his way through the ranks of prominent general contracting firms. Eventually he became vice president of operations for one of the largest self-performing general contractors in the Western United States. In 2006 he opened RW Meler Consulting. As a construction operations consultant he has provided services in preconstruction scheduling and planning, project realignment and dispute resolution for well over 60 clients. Ron has taught Construction Ethics, Law and Contracts as well as Construction Scheduling at San Diego State University in the Construction Engineering Program. He has extensive experience in training workshops for the development of employees in the construction industry. Reach him at
[email protected] or 619-723-0487.