Editor’s Letter – May 2017 – State of the Industry Report

“Prosperity belongs to those who learn new things the fastest.” – Paul Zane Pilzer

Although June is the issue we have slated to more closely examine all the news, information, awards and products coming out of Coverings, we ARE managing to squeeze in a few tidbits from the show that really bear early exposure. For instance, check out the Tech Talk section which discusses the long-awaited  ANSI product and installation standards for gauged porcelain tile; the NTCA News section has information on awards and accolades presented during NTCA Awards Night at the show, which also happened to be our association’s 70th Anniversary celebration, and the news item on the Why Tile campaign launched at the show. Here, in this letter, we present the TCNA’s 2016 Ceramic Tile Industry Update, in terms of consumption, outlook, exports and imports.

So, without further ado, here it is:

Strengthened by steady growth in the housing and construction markets, the U.S. economy

continued to expand in 2016, helping lift the U.S. ceramic tile market to a seventh straight year

The chart below shows total U.S. consumption of ceramic tile (in sq. ft.) over the last decade. 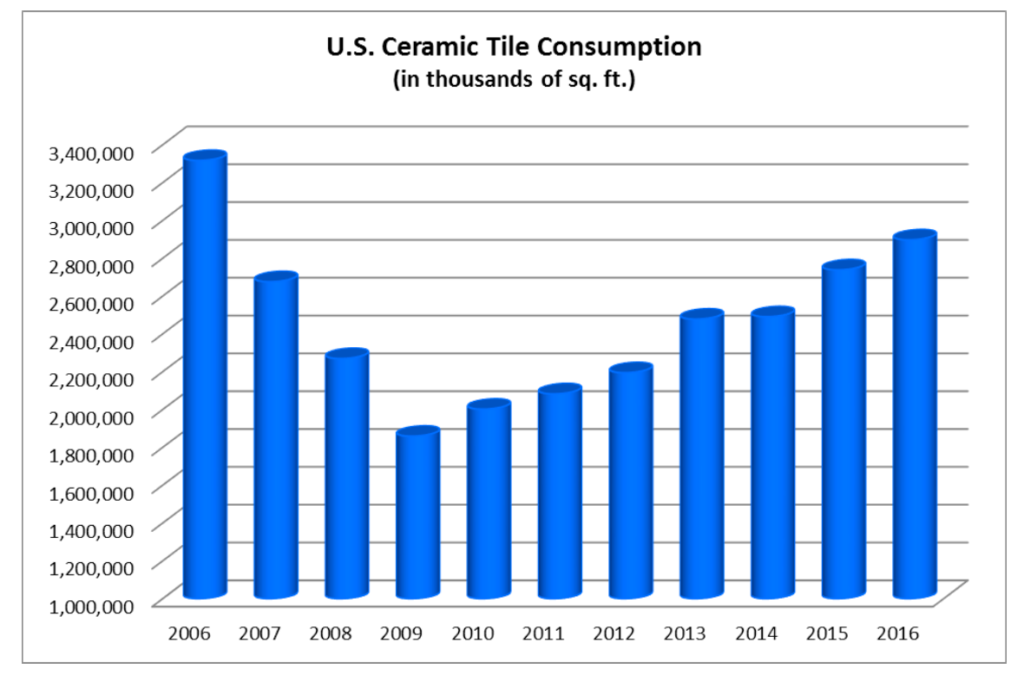 The five countries from which the most tiles were imported in 2016 based on sq. ft. were: 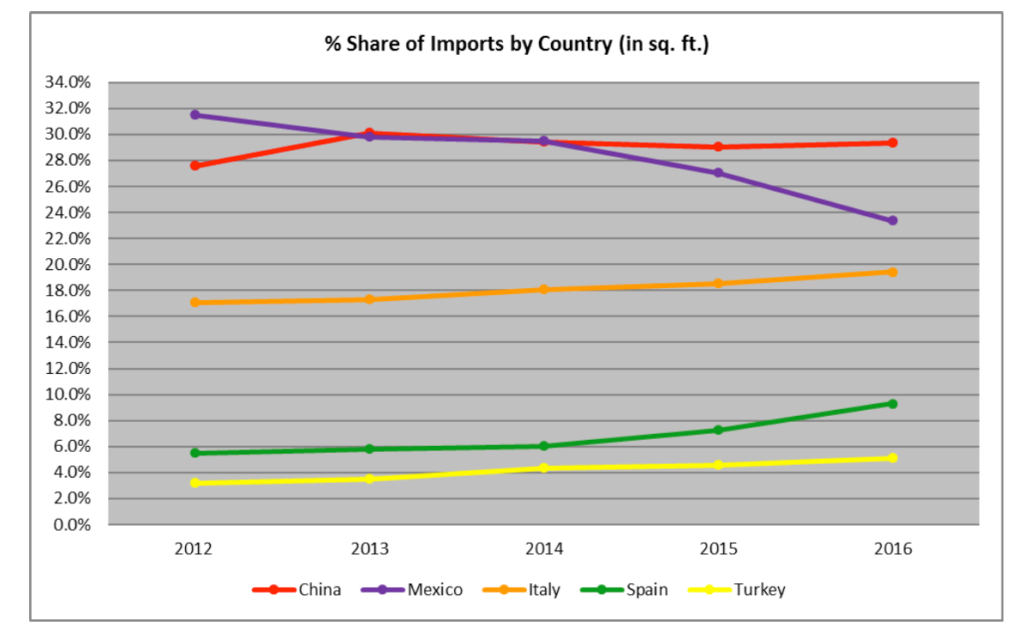 The five countries from which the most tiles were imported in 2016 based on total U.S. $ value (including duty, freight, and insurance) were:

The average values of tile1 from the five countries (based on sq. ft.) from which the most tiles were imported in 2016 were:

New Home Starts: New home starts rose for the seventh consecutive year and were at their highest point since 2007. The 1.17 million units started in 2016 represented a 4.9% increase from the previous year. Even so there is still a long way to go to reach the prerecession peak level of 2.07 million units set in 2005.4

While this recent growth is encouraging as the U.S. continues to put the recent recession behind, new home sales were still down 56.1% from the all-time high level of 1.28 million unitsreached in 2005.

Foreclosures: Foreclosure filings, which are a key indicator of the U.S. housing market’s health, declined by 13.9% in 2016 to 933,000 units. This was the sixth consecutive year-over-year decline and the lowest annual foreclosure total since 2006.6