Avoiding ambiguity should be a primary goal when drafting and negotiating construction contracts. This helps ensure that you get what you want, including the bargained-for benefits of the contract, smooth contract administration and fulfillment, and avoidance of lengthy and expensive legal disputes. Follow these five tips to minimize ambiguities:

Keep your writing simple, clear and concise. Construction contracts are read and interpreted by a wide variety of people, including judges with no knowledge of the construction industry. Using plain English and shorter sentences while avoiding legalese and redundancy will make your contracts easier to read and understand.

2. If it’s part of the agreement, include it in the contract.

If a contract appears complete and comprehensive on its face, courts will prohibit the use of other documents to give meaning to the parties’ intentions. Statements made during pre-bid meetings or negotiations will not be effective in contradicting express terms in the contract. Include all terms of the deal in the contract, or incorporate key documents by reference.

Courts give ordinary terms their ordinary meanings and technical terms their technical meanings. But the meanings of words cannot be divorced from the context in which they are interpreted, and parties often disagree on what terms mean in certain contexts. To avoid disputes, capitalize and define terms to attribute specific meaning. Then use the capitalized term as needed throughout the contract.

Because numerous documents make up construction contracts, conflicts may arise between requirements contained within the documents, such as the drawings and specifications. One way to address these conflicts is to include a clause providing that in the event of a conflict, the specifications take precedence over the drawings, or that contract documents take precedence according to a prescribed order of hierarchy. You may also wish to include a provision stating that what is required of any contract document shall be binding as if required by all.

5. Make proper use of standard forms.

Standard-form agreements such as AIA and ConsensusDocs are commonly used throughout the construction industry. However…there are risks with using such forms because they are written broadly, they may contain terms that are inapplicable to the transaction at issue, and parties often use such forms without fully reviewing them. Even if both parties orally agree to terms that differ from what is written, oral understandings will yield to written agreements, so it is important to read all the terms before using standard-form agreements. Add terms you think should be included in the contract and delete terms that are inapplicable. 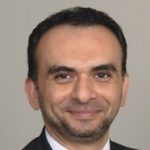 Yasir Billoo is an experienced attorney in the areas of business/commercial contracts and litigation, real estate transactions (and title services) and litigation, intellectual property litigation, employment and labor, and civil appeals. Yasir’s experience ranges from representing large Fortune 500 companies in complex litigation and appeals in state and federal court, to helping small business owners with simple agreements and legal consulting.

Yasir earned his law degree from Nova Southeastern University in Ft. Lauderdale, Florida, and was admitted to both the Florida Bar and the California Bar in 2004. He is admitted to practice in all courts in each of these states.

Yasir earned dual Bachelors Degrees in International Relations and Communications from Florida International University. While earning his Juris Doctor, he was a member of the Jessup International Law Moot Court team and on the Board of the Journal of International and Comparative Law. A native of Karachi, Pakistan, Yasir, speaks English, Spanish, Urdu, Hindi and Memoni.

Prior to practicing law, Yasir managed the finances of a group of Central American companies, handling complex international financial transactions.

Yasir currently serves as a Hearing Officer for Miami-Dade County’s Commission on Human Rights, where he presides over appeals of initial determinations in cases where discrimination is alleged.